Rahul Gandhi urges the Prime Minister to stop the export of Corona vaccine, said- every vaccine in the country should be vaccinated

Rahul Gandhi asked the Prime Minister to double the Center's purchase of the current Rs 35,000 crore vaccine and increase the role and share of state governments in the purchase and distribution of the vaccine. 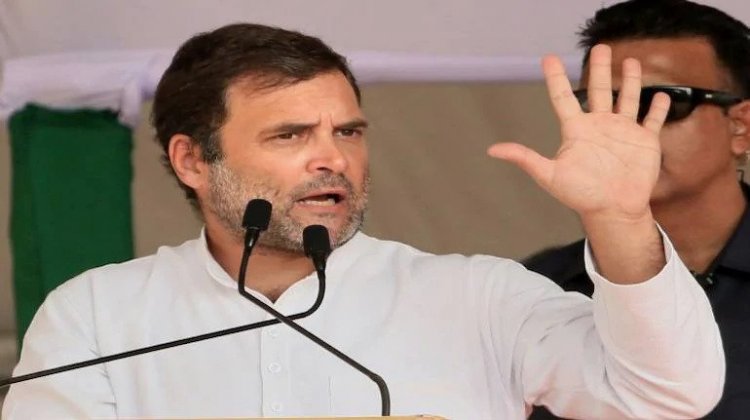 Congress leader Rahul Gandhi has written a letter to Prime Minister Narendra Modi demanding that he immediately stop the export of Covid-19 vaccine. Also said that everyone in the country should get vaccinated who needs it. At the same time, Rahul has also given the need for the state governments to acquire more vaccines and give them the right to distribute them.

Former Congress president Rahul on Friday appealed to Prime Minister Modi to provide the necessary resources to the suppliers of vaccine to increase production. At the same time, Covid-19 has also been asked to stop the export of rescue vaccines with immediate effect. He said that other vaccines should also be approved as soon as possible under the rules and regulations. So that whoever needs it gets it. Gandhi asked the Prime Minister to double the Center's purchase of the current Rs 35,000 crore vaccine and increase the role and share of state governments in the purchase and distribution of the vaccine.

Questioning the government's policy of exporting vaccines on a large scale, Rahul said that when there is a severe shortage of vaccines in our country, why have more than 60 million doses of the vaccine been exported at such a time. He alleged that the state governments were constantly feeling the shortage of the vaccine. But in return they are only getting the malicious statements of the Union Health Minister. He accused the Health Minister of imposing federalism and said that the opposition is discriminating and non-cooperation with the ruled states. He said that the vaccination campaign was going on at a slow pace. He claimed that at the current pace it would take years to vaccinate 75 percent of the population. This will have a terrible impact and devastate our economy.

Gandhi said that like many other decisions of the government, the decision taken regarding the vaccine has also proved to be wrong. Methods of gaining popularity from these vaccines are being worked out at the cost of our own citizens.

It is noteworthy that Rahul Gandhi's suggestion has come the next day after PM Modi's address in which he said that due to limited supply, the vaccine will be given first to those who need it most. At the same time, while attacking the demands of the opposition, he also said that some people have to do politics only on this issue.