Shane Warne Death News Former Australian cricket team's legendary spinner Shane Warne has died at the age of 52. According to the Fox Sports report, the cause of his death is being told as a heart attack. 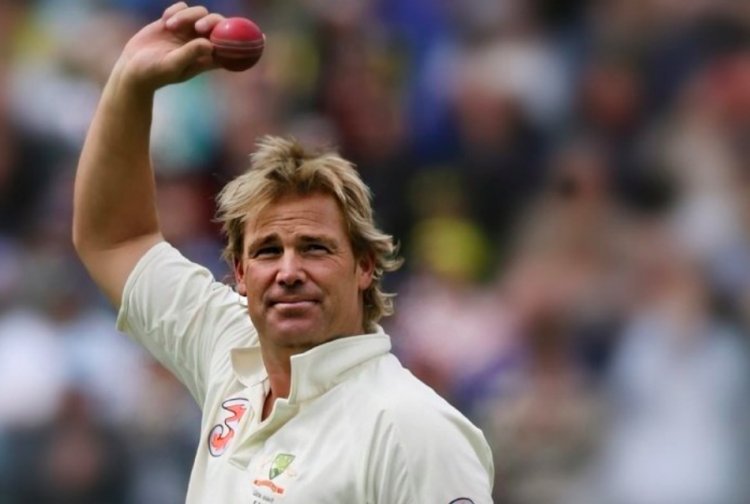 Australian legend Shane Warne, one of the best spinners in the world, has died at the age of 52. Heart attack is said to be the cause of his death. He was found unconscious in his villa in Koh Samui, Thailand. Despite all the efforts of the medical staff, his investigation could not be saved. The news was confirmed by a statement issued by Warne's management manager, the passing away of the world cricket legend at the age of 52 is a big blow to sports lovers.

Shane Warne will always be in the hearts of sports lovers

Shane Warne was One such name in world cricket who changed the meaning of spin through his bowling. For his bowling, Warne set an example in the world that will be remembered forever in the history of cricket. He not only took wickets on the playground but also won the hearts of all the cricket fans with his game. Can anyone ever forget his Ball of Century? Can anyone erase his bowling style from his memory? Talking about statistics, he was not less than anyone in that, and his style of playing, his statistics, whatever the format of cricket, he is unmatched everywhere.

Shane Warne was born on 13 September 1969 in Victoria (Australia) and said goodbye to the world on 4 March 2022. He played cricket for Australia from 1992 to 2007 and during this time his performance was excellent. He played 145 Test matches in his cricket career in which he took 708 wickets and his best performance was 12 for 128 runs in a match and 8 for 71 runs in an innings. For Australia, he is in the first place in terms of taking the most wickets in Test cricket, while he is present in the second place in the world in terms of taking the most wickets in Tests.

He represented his country in 194 ODIs and took a total of 293 wickets with his best performance in this format being 5 for 33. At the same time, in 73 T20 matches, he has 70 wickets in his name and his best performance was 4 for 21 runs. Shane Warne made Rajasthan Royals the champion in this league for the first time in the initial season of IPL i.e. 2008.

Shane Warne: Shane Warne was the captain who won the title of the first season of...