The Kapil Sharma Show: The first promo of the show came out, people asked 'Where is Sumona?'

Fans who are eagerly waiting for the comeback of 'The Kapil Sharma Show' will not have to wait any longer as Kapil Sharma is soon going to make a comeback with his team. Pictures have also started coming from the sets of the show. 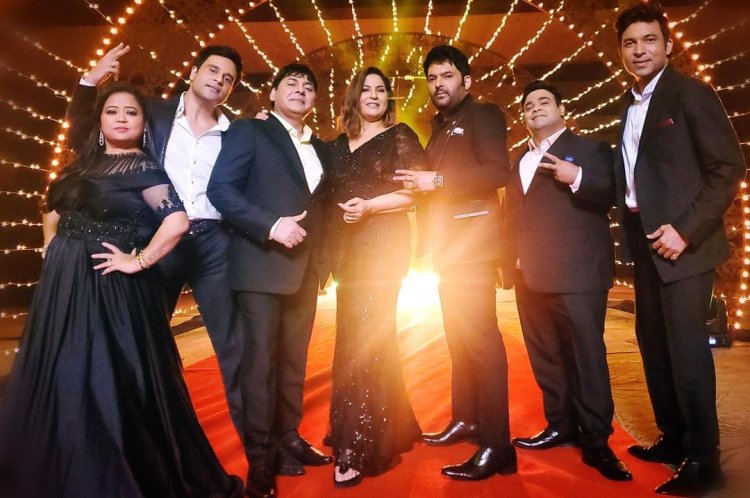 Fans who are eagerly waiting for the comeback of 'The Kapil Sharma Show' will not have to wait any longer, as Kapil Sharma is soon going to make a comeback with his team. Pictures have also started coming from the sets of the show in which all the stars are seen shooting. Meanwhile, comedian Krushna Abhishek has shared the promo of the show on his Instagram, in which everyone is walking with great passion and is celebrating with great joy near the camera.

Kapil Sharma, Kiku Sharda, Bharti Singh, Krushna Abhishek, Chandan Prabhakar, Sudesh Lahiri and Archana Puran Singh are seen in this promo. During this, everyone is wearing black color outfits. Sharing the video, Krishna wrote in the caption, 'Gang is coming back with full bang. First day of our promo shoot. Now the waiting clocks are going to end soon and this team is going to make you laugh again'.

Apart from the promo, everyone has shared some photos on their respective Instagram, which makes it clear that the shooting of the show has started. However, none of the stars have disclosed the date of the start of the show yet. But according to the reports of Telly Chakkar, Kapil Sharma's show will go on air on August 21. That is, a day before the festival of Rakshabandhan, the telecast of the show will start. Earlier there was news about the show that it will start from July 25. However, later some media reports said that Kapil Sharma has increased his fees due to which the show got delayed.

In the video that Krishna shared on her Instagram, people are missing Sumona Chakraborty a lot. People are commenting and questioning her that why she is not seen in the video. Let us tell you that Sumona appeared in both his shows with Kapil. Sumona played the role of Kapil's wife in 'Comedy Nights with Kapil'. At the same time, in 'The Kapil Sharma Show', she was seen as the daughter of Dr Gulati. However, this time a new name has been added among the old faces, that of Sudesh Lahiri. Sudesh Lahiri is a great comedian who has appeared in TV as well as films.

Know where schools will open from September and which country has started vaccination...