Varun has done many films in his career, such as the romantic comedy Action. At the same time, the audience also likes his acting very much. These days, Varun Dhawan is in the limelight for his film 'Bhediya'. Actress Kriti Sanon will be seen sharing the screen with her in this film. 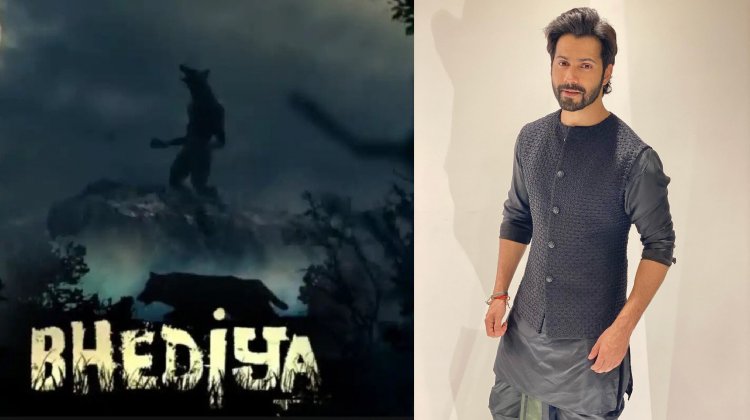 Bollywood actor Varun Dhawan is one of the stars of the film industry who molds himself perfectly in every role. Varun has done many films in his career such as romantic, comedy, action. At the same time, the audience also likes his acting very much. These days, Varun Dhawan is in the limelight for his film 'Bhediya'. Actress Kriti Sanon will be seen sharing the screen with her in this film. At the same time, both Varun and Kriti photos and videos have come out from the set of this film.

Shooting of #Bhediya, an upcoming #Bollywood movie being directed by @amarkaushik, featuring @Varun_dvn and @kritisanon is in its final leg.

Dropped in at the shooting site today. Pleasure meeting all the film crew at picturesque #Ziro. Thanks for choosing #Arunachal. pic.twitter.com/9TJue6j5Eu

The entire team of Varun Dhawan and Kriti Sanon's film 'Bhediya' had been shooting in Arunachal Pradesh for several days despite the threat of Corona. At the same time, the schedule of this film has been completed. Recently, Arunachal Pradesh Chief Minister Pema Khandu shared some unseen pictures from the set of 'Bhediya' on his official Twitter account. In these pictures, apart from Varun and Kriti, you can see the entire team of the movie together. Sharing these photos, Pema Khandu wrote, 'Shooting of the film Bhediya, the upcoming Bollywood film directed by Amar Kaushak featuring Varun Dhawan and Kriti Sanon. The film is now in its final stages. I went to the shooting site of this film today. It was a pleasure to meet the film crew in Ziro. Thank you for choosing Arunachal.'

Listen to Actor @Varun_dvn Ji pour out his heart for people of #Arunachal during his final days of shooting of #Bhediya movie at #Ziro.

Thank you people of Ziro for making good impression of Arunachal, and taking good care of the #Bollywood team. @amarkaushik @ArunachalTsm pic.twitter.com/A6HbmStxZ2

Apart from this, Chief Minister Pema Khandu has also shared a video of Varun Dhawan on his official Twitter account. In this video, Varun is seen praising Arunachal Pradesh and its people. He says, 'I want to say wholeheartedly that I love Arunachal Pradesh very much. This has been the best shooting experience of my career so far. I have shot in many cities of the country and have shot in many states, but working here has been the best experience of my life. The people here are very good, they are very beautiful, everyone will have a good experience here. Varun has said many such things in this video.

Delhi and Rajasthan match this evening, know when and how you can watch the match