Weather Updates: Fog havoc from Delhi to UP, rain alert in these states today.

According to the Meteorological Department, there is a possibility of light rain in the capital Delhi with fog on Monday. The city's minimum and maximum temperatures are expected to hover around 8 and 17 degrees Celsius. The weather is expected to stay in Delhi till January 22. 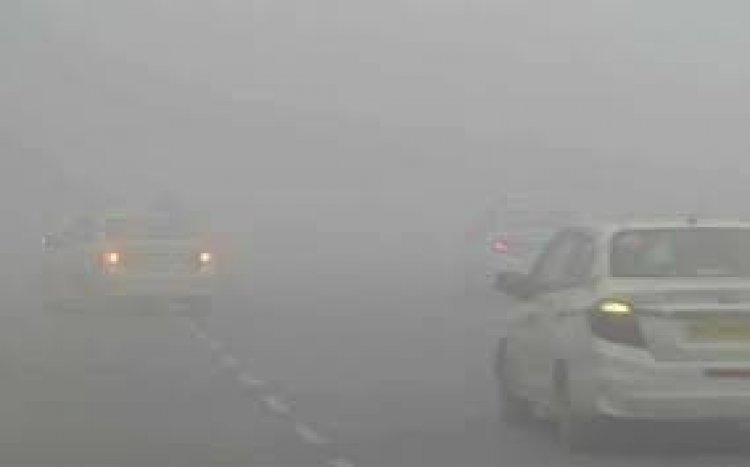 Due to the icy winds coming from the mountains, cold is causing havoc in North India. Cold and fog are also being brought up. Apart from Delhi, the same weather patterns are seen in Punjab, Haryana and Uttar Pradesh. A tremendous fog was seen in Delhi yesterday. Even today, the Met department has predicted fog. According to the Meteorological Department, there is a possibility of light rain in the capital Delhi with fog on Monday. The city's minimum and maximum temperatures are expected to hover around 8 and 17 degrees Celsius. The weather conditions are expected to remain in Delhi till January 22, although the temperature may go up slightly, but there is a possibility of rain today.

According to the Meteorological Department, such effect of cold will also be seen on Monday. The maximum temperature can be 17 and the minimum is eight degrees. There is also a possibility of light drizzle on Monday. Partly cloudy. On January 19, the temperature will increase further. From January 20, the cold will start rising once again. The icy winds will disturb people for two to three days. According to Skymet, 2021 is proving to be quite active in Western Disturbance. In January, the plains are being rained along with snowfall in the mountains.

Severe cold due to cold winds in Bihar

Outbreak of severe cold continues in Patna city, the temperature of today is 7 degrees. There is no hope for the people of Patna to get rid of the cold. The Meteorological Department says that the same conditions will continue for the next 48 hours. Cold winds will blow.

Google's earnings will fly away, know how the business...