West Bengal, Assam Elections 2021 LIVE Updates: 7.7 percent voting in Bengal and 8.8 percent in Assam till 9 am

Assembly Election 2021 Voting Day Phase 1: Voting for the first phase of assembly elections till 7.00 am in Bengal and 8.84 per cent in Assam has been polled. 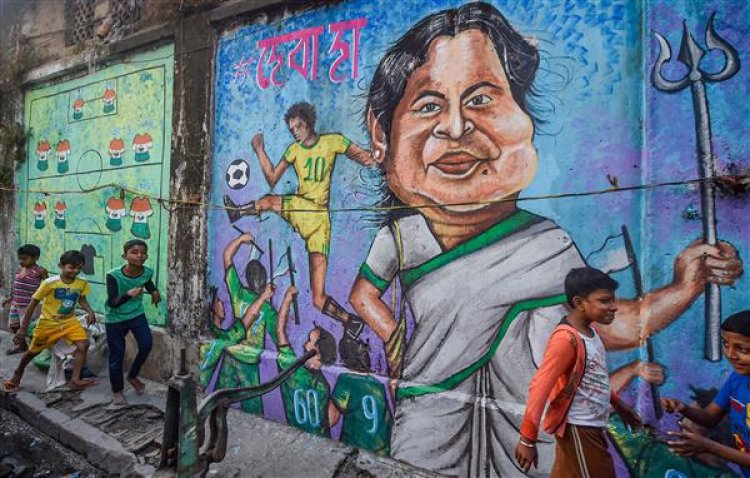 7.72 percent voting in Bengal and 8.84 percent in Assam have been held till 9 am for the first phase of assembly elections. The voting process in both the states started at 7 am. First phase of assembly elections in West BengalVoting for 30 seats under tight security, more than 73 lakh voters will decide the fate of 191 candidates in these seats. Maximum of these seats are in the Naxalite affected Jungle Mahal area. At the same time, polling for 47 seats in the first phase of the assembly elections in Assam began at seven in the morning, in this phase, the political fate of Chief Minister Sarbananda Sonowal, ministers and opposition leaders will be decided. Officials in West Bengal said that the polling will last till six in the evening and voting is being held under tight security. The Election Commission has deployed around 730 contingents of central forces to protect 10,288 polling stations in 7,061 precincts. He told that there are 100 security personnel in each troop of central forces. Long queues were seen outside many polling stations even before the voting began. People flocked to vote early in the morning to avoid any apprehension of heat and later violence. In Assam, a total of 81,09,815 voters will be able to exercise their franchise in the first phase. There are 40,77,210 males and 40,32,481 females, while there are 124 third gender voters, besides nine foreign voters. Voting will continue till six in the evening.

8.84% and 7.72% voter turnout recorded till 9 am, in the first phase of polling in Assam and West Bengal Assembly elections, respectively: Election Commission of India