South Korea v Portugal: Hee Chan dashed Uruguay's dreams by scoring a goal in the injury time of the second half. In fact, Portugal had already secured their place in the knockouts by winning both their opening matches. 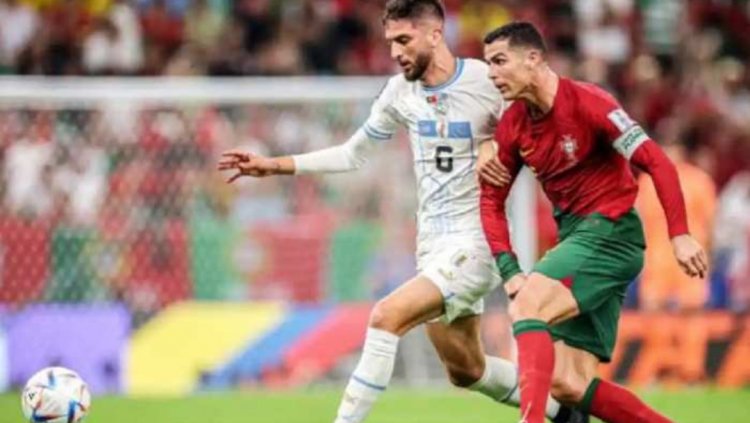 FIFA World Cup 2022: One after the other vicissitudes are being seen in the FIFA Football World Cup. In today's match, South Korea has made it to the last 16 of the tournament by beating Portugal, one of the most dangerous teams in the world, 2-1. South Korea defeated Portugal here on Friday with the help of Hwang Hee Chan's brilliant goal in the last moment.

With the defeat of Portugal, the biggest blow came to Uruguay, whose hopes of reaching the knockout are now over. Uruguay registered a 2-0 win over Ghana in a Group H match but despite this they had to see the way out.

Hee Chan dashed Uruguay's dreams by scoring a goal in the injury time of the second half. Actually, Portugal had already confirmed its place in the knockout by winning both its opening matches. South Korea and Ghana got 4-4 points. However, the Asian team was able to advance due to its impressive goal difference.

In the match played in Al Rayyan, Portugal's Ricardo Horta scored a goal in the 5th minute, due to which South Korea's team came under pressure from the beginning. However, it was necessary for South Korea to win this match and therefore they put more players in the front line. After this, Kim Young Gwon equalised the score by scoring a goal to South Korea.

During this, star footballer Cristiano Ronaldo could not get out the corner kick properly and went to South Korea's defender Kim Young Gwon. He kicked the football into the goal without making any mistake. Talking about the last 10 matches, this was the first time in the World Cup when South Korea scored a goal in the first half.

Now only one goal was needed, which came out of Chan's feet and the team's victory was won. Portugal made frequent counter-attacks but South Korea failed all attacks and thus saved 5 times in the first half. After this, in the injury time of the second half, Chan scored a goal and put the victory in the team's bag.

Ravish Kumar resigns from NDTV, Prannoy-Radhika Roy had left the board a day ear...

Cirkus Trailer: Deepika in the trailer, Ranveer danced with Pooja in the event, ...

Mithali Raj to commentary debut during India vs South A...

Neeraj Chopra hoists the tricolor in Tokyo, who will bl...