Former Indian bowler revealed, this Australian coach did not want Deepak Chahar to get a place in the team

Greg Chappell, who was removed from the post of former Australian cricketer and coach of Team India, wanted to end Deepak Chahar's career. He not only refused to keep this excellent bowler in the team but also said that he should find some other work. 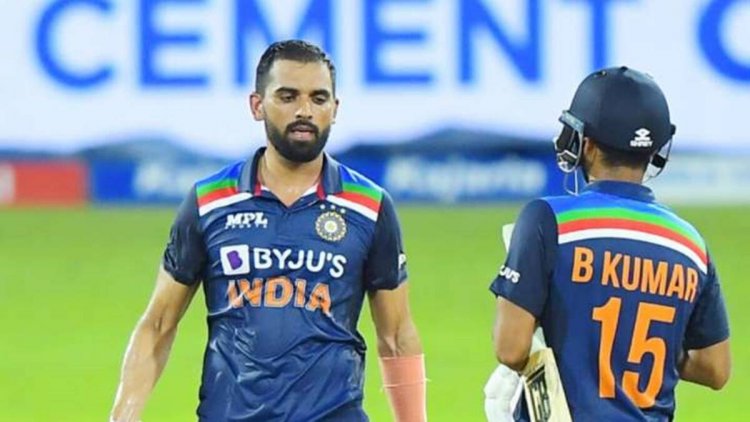 Deepak Chahar, the champion bowler of the Indian cricket team, turned the tide of the match by batting against Sri Lanka. This player, who took the first hat-trick for India in T20, has a world record for the best bowling in this format. Greg Chappell, who was removed from the post of former Australian cricketer and coach of Team India, wanted to end Deepak Chahar's career. He not only refused to keep this excellent bowler in the team but also told that to find some other work.

The Indian team took an unassailable 2-0 lead in the three-match ODI series against Sri Lanka on Tuesday. With winning two consecutive matches, India has captured the series. In this match, Sri Lanka scored 275 runs for 9 wickets in front of India. In reply, the Indian team achieved the target in 49.1 overs for the loss of 7 wickets. Deepak played an unbeaten 69 to lead the team to victory. The team lost 7 wickets for 194 runs and after that they shared an unbroken partnership of 84 runs with Bhuvneshwar Kumar.

Former Indian fast bowler Venkatesh Prasad has revealed in a post on social media that Chappell wanted to ruin Chahar's career. When Chahar wanted to play for the Rajasthan cricket team in 2008, he was shortlisted by Chappell due to his length in the trials. Chappell did not even make it to the top 50 list. Prasad has even written how Chappell, breaking the morale of this young player, advised him to leave cricket and make something else as a profession.

World record in the name of Deepak Chahar

Let us tell you that the first hat-trick from India in T20 is registered in the name of Deepak. He took 8 wickets for 10 runs in an innings in his first Ranji Trophy match at the age of 18. In the Nagpur T20 against Bangladesh, Deepak took 6 wickets for just 7 runs. This is the best performance of any bowler in T20 cricket i.e. world record.