Indonesia plane crash: body parts found at the accident site, debris being extracted from the sea.

The missing plane crashed after flying from Indonesia's capital Zakara. Indonesia investigators have found body parts near the accident site today i.e. Sunday. Rescuers started a search operation after the disappearance of this aircraft. 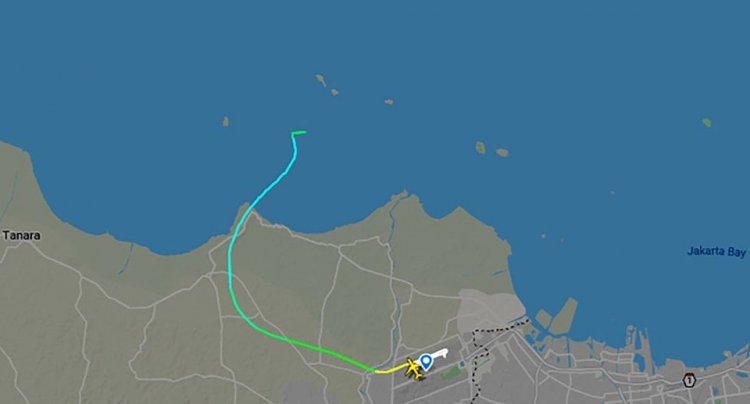 The missing plane crashed after flying from Indonesia's capital Zakara. Indonesia investigators have found body parts near the accident site today i.e. Sunday. According to the report, this plane crashed at the same place. There were 62 people on board. It is being told that investigators have found two bags. One bag is said to be attached to the passenger while the other has body parts.

Explain that after the disappearance of this aircraft on the previous day, the rescue team started the search for the pictures of the suspected wreckage of the plane is going viral on social media. According to the report, the Boeing 737-500 went missing shortly after Indonesian rescue teams took off from Jakarta. A day later, some body parts have been recovered from the Java Sea.

Indonesia's Transport Minister Budi Karya Sumadi had said that the airline's Boeing 737-500 aircraft (SJ182) flew from Jakarta for about an hour late at 2.36 pm local time and it disappeared from radar four minutes later. A total of 62 people, including 12 crew members were aboard the aircraft. According to the statement issued by the airline, the plane was going from Jakarta to Pontianak, the capital of West Kalimantan province, on the island of Borneo and the journey was about 90 minutes.

The aircraft was 27 years old

Agas Hariono, a rescue agency official, said the rescue team had found a plane wreck in the sea north of Jakarta. Some local fishermen have also spoken of getting debris. At the same time, some fishermen also said that debris was found and some channels of the country also showed pictures of the possible debris. While the expert has stated the age of a civil aircraft to be around 25 years.

Two more Indian-origin ministers were made in Ontario,...