Rishabh Pant made a new record in Australia, match-winning innings became 'man of the match' 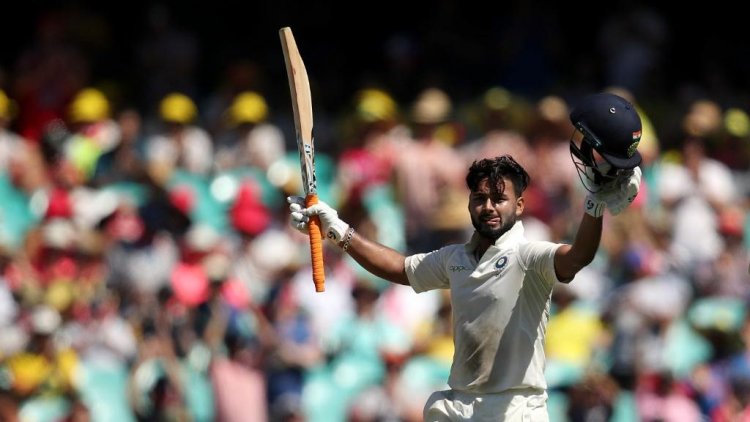 The kind of cricket played by the Indian cricket team in Brisbane against Australia will be called a wonder in itself. The team won and the role of many players was very important in this victory, but in the second innings, when it came to win the team by staying at the crease, it showed its strength here. The young wicket-keeper-batsman of Team India, who suffered the most criticism, . However, in the second innings, Shubman Gill played a brilliant innings of 91 runs and Cheteshwar Pujara also contributed an excellent 56 runs.

Team India had a big target of 328 runs to win in Brisbane and it was not easy to get such a big target in front of the fatal bowling of Kangaroo team in the second innings, but less experienced players of Indian team showed that the future of Indian team Is bright The contribution of almost every player in this match was amazing. Rishabh Pant, the young batsman of the team, showed the kind of patience in the second innings and batting unbeaten, it was historic in itself.

Rishabh Pant, who came to bat in the fifth order in the second innings, scored an unbeaten 89 off 138 balls and he was also elected Man of the Match. He contributed 23 runs in the first innings as well as caught four catches during this entire match. On the basis of this innings, Rishabh also made a new record as an Indian wicketkeeper in Australia. He has now become the first batsman to score the highest score of 50 or more in Tests as an Indian wicketkeeper in Australia. He broke the record of Syed Kirmani.

Army In Kashmir: People of Kashmir did not believe terrorist-separatist, army is...