Mominul Haque had decided to step down from the captaincy of the Test team due to the defeat and poor performance in the Test series against Sri Lanka. Respecting his decision, the board has appointed a new captain in his place. 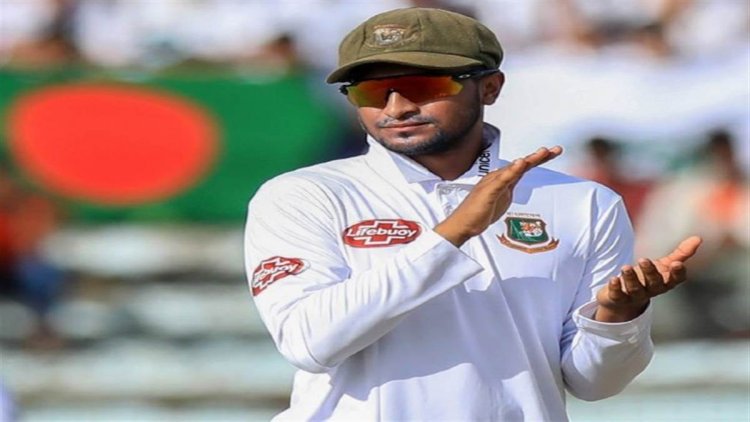 Bangladesh Cricket Board has announced the name of its Test captain. All-rounder Shakib Al Hasan has been given this responsibility of the team for the third time. Mominul Haque had decided to step down from the captaincy of the Test team due to the defeat and poor performance in the Test series against Sri Lanka. Respecting his decision, the board has appointed a new captain in his place.

BCB has decided to make the experienced player and all-rounder Shakib the captain of the Test team once again. On Thursday (June 2), the board shared this information with everyone. Shakib will lead the team while Liton Das will be the vice-captain. Shakib's name was cropping up after the team's captain resigned from his post after the team's defeat against Sri Lanka in the two-match Test series played at home. He is the most experienced player in the team and has a lot of captaincy experience.

Bangladesh Cricket Board president Nazmul Hasan said, "Shakib and Liton will continue in their positions until further orders."

Shakib, who was sacked from Test captaincy after being banned for two years for concealing his contact for betting by the ICC, will lead the team for the third time. The 35-year-old all-rounder was given this responsibility for the first time in 2009. In 2011, he was removed from the captaincy after the loss in the series played with the Zimbabwe team. After 6 years in 2017, he was again made the Test captain.

Follow these home remedies to remove the bad smell of teeth, the risk of these diseases...