Team India will conquer Lord's on August 15! Rohit Sharma gave a salute to the victory against the British

Seeing the way India has kept its hold on the match till the end of the first day's play, it seems that this time Independence Day is going to be special for India. 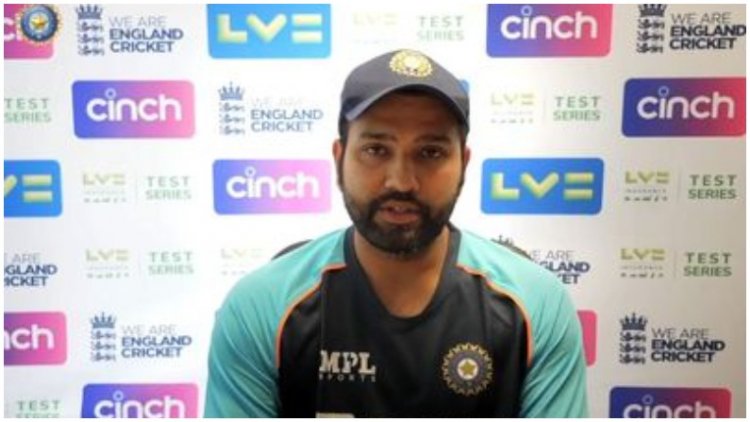 The Lord's Test, which started on 12 August between India and England, will end on 16 August. But, Indian opener Rohit Sharma has blown the bugle to end it on 15th August (15th August). He did not claim that but has expressed the hope that Team India will try its best to win Lord's on the Independence Day of the country. The second test match of the series is being played between India and England at the Mecca Lord's. Seeing the way India has kept its hold on the match till the end of the first day's play, it seems that this time Independence Day is going to be special for India. The color of cricket's victory over the British is about to dissolve in the celebration of his independence.

Team India has scored 276 runs for 3 wickets at the end of the first day's play of Lord's Test. By the end of the day's play, opener KL Rahul was unbeaten on 127 runs, while Ajinkya Rahane stood to open his account. On the first day, Rohit Sharma played a big innings of 83 runs while opening. So apart from him, captain Virat Kohli scored 42 runs. While Pujara's contribution was 9 runs.

After seeing India's grip on the match on the first day, a journalist asked Rohit Sharma in the press conference whether Team India intends to win this Test on 15th August itself? Will the Indian team double the independence celebrations of the countrymen? Hearing the question of the journalist, before answering it, Rohit saluted i.e. gave a salute. And then said what did you say sir. If that happens, it will be a big deal.

Looking from where India England Lord's Test stands at present, the match is expected to end on August 15. But, cricket is a game of uncertainties and anything can happen at any time. But, if nothing changes, it is possible that the Lord's Test will be held on August 15 in the hands of Virat and Co. India still has 7 wickets left. And he has 276 runs on the score board. That is, on the second day, if the remaining 7 batsmen together add 250 plus runs, then problems can increase for England. The good thing for Team India is that KL Rahul is standing on the crease. On the other hand, Ajinkya Rahane is at the other end, who also has the experience of scoring a century at Lord's. After this Rishabh Pant and Ravindra Jadeja have to come. Jadeja scored a half-century in Nottingham. At the same time, Pant is also in excellent form. Therefore, on August 15, if the tricolor is seen waving at Lord's, then it should not be surprising.