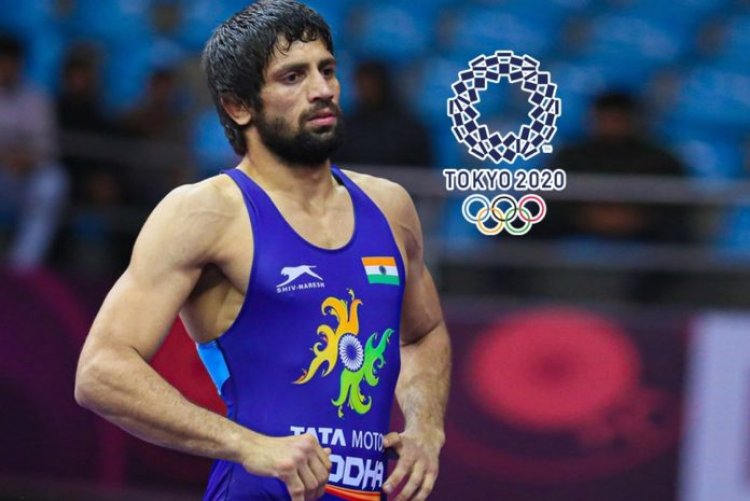 At the very beginning of this final match, the Russian wrestler attacked Ravi to take a 2-0 lead, but then Ravi came back and came 2-2. The Russian wrestler then earned two more points with a takedown and took a 4-2 lead. Ravi then looked a bit lax in front of the opposing wrestler and Javur took the lead 7-2. In the end, Ravi insisted on getting 2 points, but that was not enough to win and he lost the match.

Ravi Dahiya's journey in this Olympics was amazing and he first made it to the quarter-finals by defeating Colombian wrestler 13-2 in Round 16. After this, in the quarter-finals, he defeated the Bulgarian wrestler by a huge margin of 14-4 and reached the semi-finals. In the semi-finals, he got a tough competition from the Kazakhstan wrestler as well as the Kazakh wrestler bit him with the teeth, despite this, he remained on the field and finally the victory came in his lap. In this match, Ravi Kumar had reduced the margin of victory to 5-9 and then in the last minute, Ravi won the match on the basis of by-fall, bringing down the Kazakh wrestler.

Ravi Kumar Daria was the second wrestler to reach the final match for India in the Olympics. Earlier, Sushil Kumar had done this feat in the 2012 London Olympics and won a silver medal for the country. Sushil Kumar had earlier won the bronze medal in the 2008 Beijing Olympics. Now Ravi has become the second wrestler for India to win a silver medal in the Olympics, but in the 57 kg weight category, he became the first wrestler to win silver for the country.

Car insurance lawyer near me

Corona killed 1,175 people in Brazil, again close to one lakh cases in America,...