Australia: Melbourne will be 'locked' again due to Delta variant, lockdown will be implemented from Friday night

This is going to be the fifth lockdown since the start of the pandemic, while it will be the third lockdown to be held this year. After the corona outbreak came to the fore, the rule of applying masks has already been tightened. 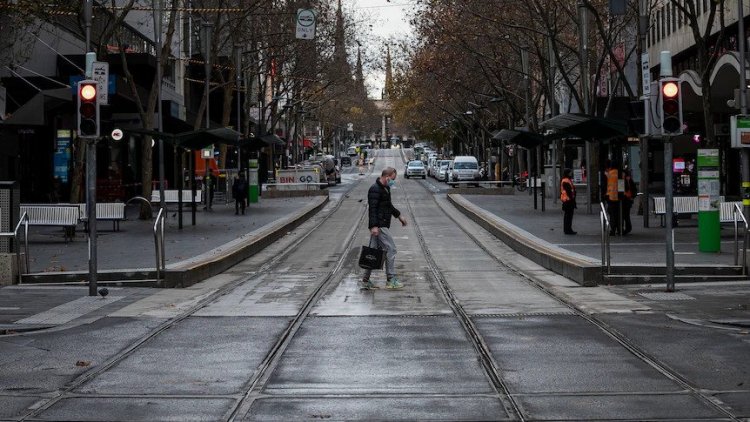 Lockdown in Melbourne will be implemented from midnight on Friday in Melbourne, Australia's second-most populous city. This decision has been taken in view of the increasing number of new cases of Coronavirus in the city. The Australian Broadcasting Corp (ABC) has given this information. According to the ABC report, the officials are discussing for how many days the lockdown is to be implemented. Melbourne is the capital of the south-western state of Victoria. In Victoria, some infected workers from the state of New South Wales came to work, after which the infection has increased.

According to the report, it is not yet clear whether this lockdown will also apply to the local Victoria or not. Senior ministers are going to meet in the afternoon, only after that, the lockdown will be officially announced. This is going to be the fifth lockdown since the start of the pandemic, while it will be the third lockdown to be held this year. After the corona outbreak came to the fore, the rule of applying masks has already been tightened. So far 16 cases related to this outbreak have been reported. Out of this, two cases have been confirmed this morning.

Senior government sources told ABC that initially, the chances of a lockdown were extremely low. But after the arrival of new cases, the round of meetings has started throughout the day. Kovid-19 Response Commander Jiron Weimar told reporters that since noon the new cases have pushed the state into a critical situation. The third lockdown, which was implemented in February after the onset of the epidemic, lasted for five days. It was immediately withdrawn after the decline in cases. The fourth lockdown has been implemented for seven days, which lasted for 14 days, as the number of cases was increasing.

Delta variant is the reason for new cases

The corona outbreak that surfaced in Melbourne has come to the fore due to the Delta variant of the coronavirus. The Delta variant is spreading rapidly in Victoria as well as New South Wales. The last time the Delta variant was reported in Victoria, the state was already in the fourth lockdown. This means that movement in the state was restricted. Victoria was busy normalizing the situation after getting out of the lockdown. The rules for wearing masks were relaxed and social interaction was also allowed.