From January to December in 2021, know the complete schedule of Team India.

Team India's schedule in 2021 will be something like this- 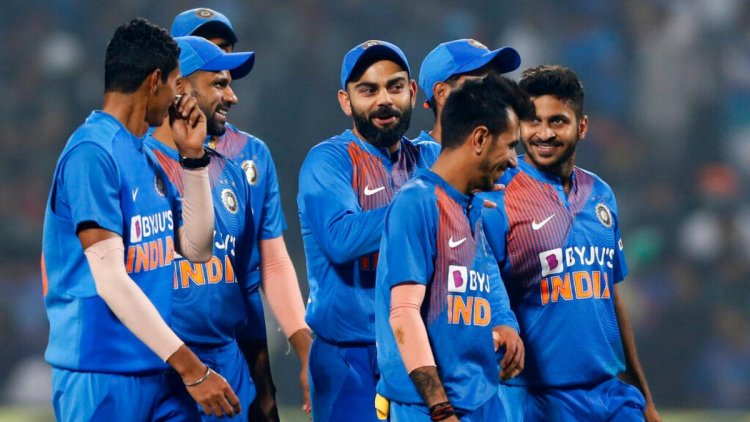 In 2020, due to the Covid-19 epidemic, Team India could play very few matches. From January to December in 2021, Team India is to play nonstop cricket. In January, Team India will return from Australia tour and will host England in February. The schedule for England's tour of India has been released, while all the proposed series are thereafter. The T20 World Cup is to be played in India in October. Team India's schedule in 2021 will be something like this-

Two matches of the four-Test Border Gavaskar Series between India and Australia were played in December, while the remaining two matches are scheduled to be played in January. The third Test match of the series is to be played at Sydney Cricket Ground from 7 January and the last Test match at Brisbane from 15 January. With these two Tests, India's tour of Australia will end.

India has to host England from 5 February to 28 March. During this time, India has to play a series of four Test matches, five T20 Internationals and three ODIs. The first Test match is to be played from 5 February, the second Test from 13 February, the third Test from 24 February and the last Test from 4 March. The first, second, third, fourth, fifth T20 International matches will be played on 12, 14, 16, 18, 20 March in sequence. On March 23, 26, 28, three ODIs will be played in sequence.

Team India will leave for Zimbabwe after the Asia Cup in Sri Lanka. The tour was to take place in 2020, but had to be postponed due to the Covid-19 pandemic. Team India Limited will play a series of overs in Zimbabwe.

Team India will leave for England after the Zimbabwe tour. In August, India have to play a five-Test series against England. This series will be very important for the ICC World Test Championship.

Team India will host New Zealand after the T20 World Cup. During this time, a series of two Test matches and three T20 Internationals will be played between the two teams.

Night curfew in Delhi on Dec 31, Jan 1; New Year celebrations restricted due to...

Neeraj Chopra hoists the tricolor in Tokyo, who will blast...