IND vs ZIM: Change in the captaincy of Team India, this veteran got the command instead of Shikhar Dhawan

India has to play a 3-match ODI series against Zimbabwe, which will start on August 18. For this Shikhar Dhawan was made the captain. 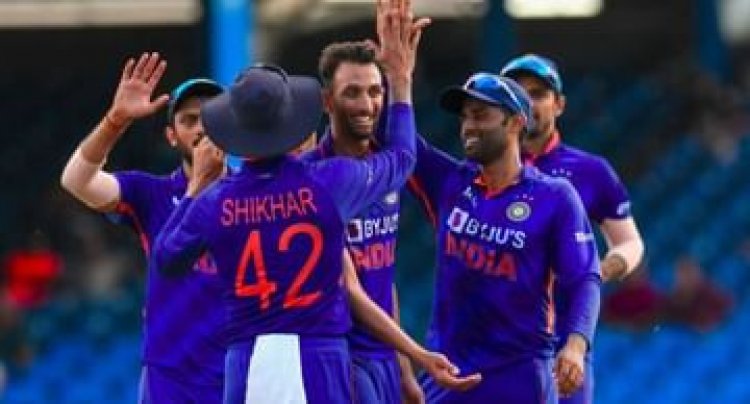 There has been a big change in the Indian cricket team for the Zimbabwe tour.  Team India's star batsman and vice-captain KL Rahul has been included in the team and now he will captain the team.  The Board of Control for Cricket in India (BCCI) issued a press release on Thursday, August 11, stating that the medical team has declared Rahul fit to play and in such a situation, the board has decided to send the legendary opener to Zimbabwe, for the Asia Cup.  Before 2022, he can bring himself into rhythm.

Returned to the team, became the captain

According to a BCCI release, "The BCCI medical team examined KL Rahul and declared him fit to play in the three-match ODI series against Zimbabwe.  The Indian Senior Selection Committee has made him the captain of the team and Shikhar Dhawan has been appointed as the vice-captain.

Rahul out of team for two months

KL Rahul has been out of the field for more than two months.  He has not played any match since IPL 2022 at the end of May.  He was to lead the Indian team for the T20 series against South Africa in June, but he was injured before the series started.  For its treatment, he went to Germany, from where he came back after surgery and then he had to go for the T20 series on the West Indies tour.  However, even before that he got caught in the corona infection and could not go in this series.

In view of this problem of Rahul's fitness, the board had handed over the command of the team to Shikhar Dhawan for the Zimbabwe tour.  However, now with the return of Rahul, the reins of the team have once again come in the hands of Rahul.  Rahul is the vice-captain of the team in all three formats.  Although Rahul's arrival has not vacated any player's place, it will reduce the chances of playing a young opener like Rituraj Gaikwad.  The three-match series will start from August 18.

IND vs PAK: After defeating India, Pakistan beats the ground,...