Tokyo Olympics 2020 India Live Updates Today i.e. Wednesday, August 4, the 13th day's game is being played in the Tokyo Olympics. India got off to a great start. Javelin thrower Neeraj Chopra has completed the qualification round by finishing on top in the men's javelin throw event. 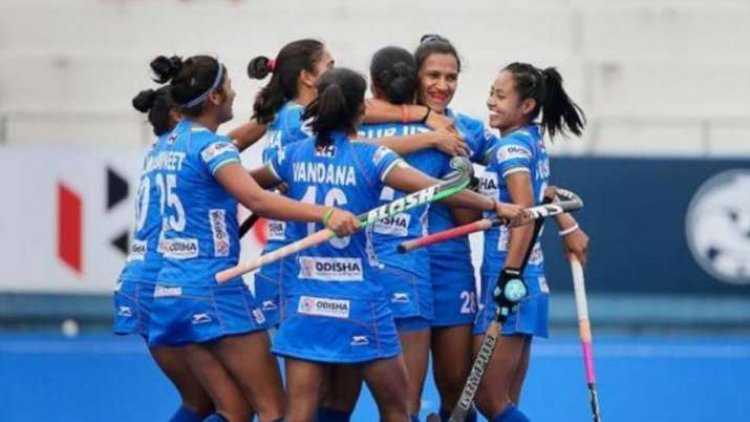 Tokyo Olympics 2020 India Live Updates: Today i.e. on Wednesday, August 4, the 13th day's game is being played in the Tokyo Olympics. India got off to a great start on this day. Javelin thrower Neeraj Chopra topped the men's javelin throw event to complete the qualification round and make it to the final round. At the same time, wrestler Ravi Dahiya has reached the final. With this, another medal has been ensured for India. Now they will definitely bring at least a silver medal if not gold. With the victory of Ravi Kumar Dahiya, there have been a total of 4 medals in India's account. Apart from Ravi Kumar, Mirabai Chanu has won medals in weightlifting, PV Sindhu in badminton and Lovlina Borgohain in boxing.

The Indian women's hockey team has been defeated by Argentina in the semi-final match. The team will play Great Britain on Friday for the bronze medal. The Indian team made a great start in the match against Argentina. The team scored a goal at the beginning of the first quarter. Gurjit Kaur scored this goal via penalty. With this, India went 1-0 ahead of Argentina. The goal was scored in the second minute of the game. The first quarter went to India. In the second, Argentina came back and scored their first goal. María Bariveuvo scored for Argentina in the 18th minute, taking advantage of a penalty. The scores of both the teams were tied at 1-1 till the first half. In the third quarter, Argentina's team went 2-1. The team got a penalty corner at the beginning of this quarter. Captain Maria Noi scored in the 36th minute of the match. Not a single goal was scored in the fourth quarter.

Wrestler Deepak Poonia has lost in the semi-finals. Deepak Poonia was defeated by David Morris Taylor of America in the 87 kg weight category. She is still in the race for the bronze medal. Deepak suffered a 10-0 defeat.

Wrestler Ravi Dahiya has won the semi-final match. In the 57 kg weight category, Ravi defeated Nurislam Sanayev of Kazakhstan to enter the final. With this, another medal has been ensured for India. They will now at least bring silver. Ravi was declared the winner by the victory by fall rule. He won the match by hitting the Kazakh wrestler. In international wrestling, this is called Victory by Fall.

Lovlina Borgohain lost in the semifinals

Indian boxer Lovlina Borgohain has lost in the semi-finals. In the women's welterweight (64-69kg) semifinal match, Lovlina was defeated 0-5 by world champion Busenaz Surmeneli of Turkey. However, she has already ensured a bronze medal.

Ravi and Poonia reached the semi-finals

India's star javelin thrower Neeraj Chopra had a stellar qualifying round at the Tokyo Olympics. He finished at the top of the table with an unmatched 86.65, but the focus is now on Group B of qualification in the Men's Javelin Throw event!

Neeraj Chopra has made his Olympic debut for India and is the only player from the Tokyo Olympic contingent this time to finish the qualifying round on top. In this way he has done wonders. At the same time, Shivpal Singh of India managed to throw 81.63 meters in Tokyo.

The javelin throw men's qualification course has concluded. Indian javelin thrower Shivpal Singh could not join his counterpart Neeraj Chopra in the final. After reaching 76.4 metres, he finished 12th in Group B. A throw of 82.4 meters or more would have been enough to secure a place in the final, but they failed to do so. From Group B, Julian Weber of Germany, Jakob Wadlesch of Czech Republic and Arshad Nadeem of Pakistan scored over 83.5m and qualified automatically. Top 7 players from Group A and Top 5 players from Group B are in the final!