Neeraj said that this is the first time that India has won a gold medal in athletics, it feels unbelievable. We have just one gold in other (individual) sports. This is our first Olympic (gold) medal after a long time. 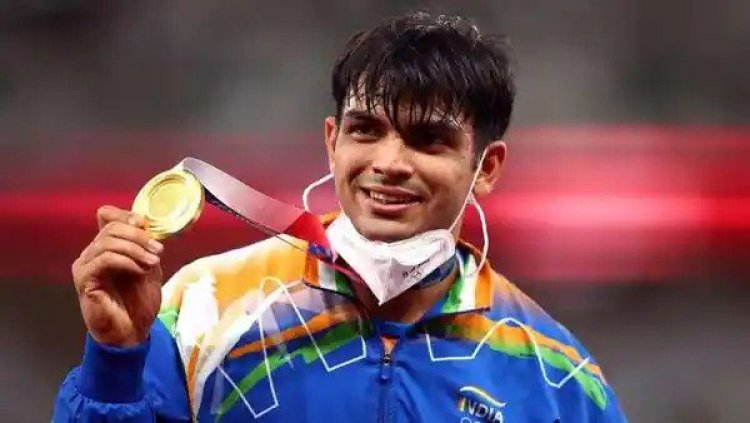 Neeraj Chopra made 130 crore Indians proud by winning the gold medal in the individual event for India's second and first time from athletics. After this historic victory, he dedicated his gold medal to former runner Milkha Singh. He said, 'I dedicate this medal to Milkha Singh. He wanted an Indian to win an Olympic medal in athletics. I wish he was alive today and could see me.

He said that, this is the first time that India has won a gold medal in athletics, so I feel very good. It sounds incredible. We have just one gold in other (individual) sports. This is our first Olympic (gold) medal in a long time. This is a proud moment for me and my country. I threw very well in the qualification round, so I knew I could do better in the final. (But) I didn't know it would be gold, but I'm very happy. I came today to give my best and that's what I did.

Let us tell you that Neeraj Chopra was awarded the Arjuna Award in 2018. He has been serving in the Indian Army since 2016 and is currently serving as a Subedar in the Rajputana Rifles Unit of the Army. He was awarded the Vishisht Seva Medal (VSM) at the 2020 Republic Day celebrations. VSM is an honor given by the Government of India to personnel of all ranks of the Armed Forces for exceptional service rendered on specific orders. It is provided by the President of the country.

Know why the toss was twice in the finals of the World...